Yale University helped out. Three years had already passed since the birthday reception and little progress was achieved in terms of funding. The doubts and the resistance were obvious. Few people believed in the materializing of the idea and project. Professor Ljungqvist was diplomatic as always, saying it was a great idea and gesture...and hopefully we will see it happen one day. Giving up is not a good way to make things happen, so with the phrase by Jan Eliasson, Deputy Secretary-General of the United Nations, in mind "The bad things with great ideas is that they tend to degenerate into hard work", the struggle was nursed by more homework assignments.

So,it was time to double check on the name Et Purus and the idea to create an friendly "add on" to the original Olympic Motto, initiated by Baron de Coubertin in 1894. Here is what Wikipedia writes on that: The Olympic motto is the hendiatris: Citius, Altius, Fortius, which is Latin for "Faster, Higher, Stronger.". It was proposed by Pierre de Coubertin upon the creation of the International Olympic Committee in 1894. Coubertin borrowed it from his friend Henri Didon, a Dominican priest who was an athletics enthusiast. Coubertin said "These three words represent a program of moral beauty. The aesthetics of sport are intangible." The motto was introduced in 1924 at the Olympic Games in Paris. A more informal but well known motto, also introduced by Coubertin, is "The most important thing is not to win but to take part!" Coubertin got this motto from a sermon by the Bishop of Pennsylvania during the 1908 London Games.

Google helped out to find one of the world's most skilled Latin experts – Professor Kirk Freudenburg from Yale University in New Haven, USA – and he was only one email away from being dragged into this doubted project. Happily, Professor Freudenburg answered the email only one hour later, and the double checking was in motion.

Et purus was checked and "approved" by the expertise.

Stockholm and Fabege on for Et Purus No2 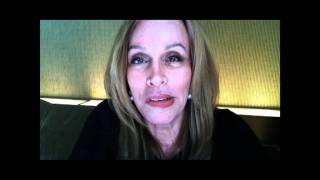